Kids Bible Story of the Building of the Tower of Babel

THE TOWER OF BABEL. 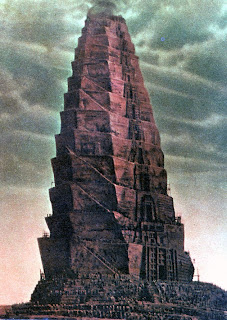 Babel means confusion. Was it not a strange name to give a tower? How did it get this?
After Noah left the ark, God made a promise to him that He would no more destroy the earth by a flood, and blessed him and his sons. In course of time many little children were born, baby boys and girls, who grew up to be fathers and mothers having children also. In this manner a great many people dwelt again on the earth. For more than one hundred years they all spoke the same language, and as, in course of time, they journeyed onward, they came to a large plain in the land of Shinar, near to where Babylon was afterwards built. Here they said they would remain and build a great city, with a high tower ascending to heaven.
Now God, when he blessed Noah, had said to him, "Be fruitful, and multiply, and replenish the earth;" meaning that the people were to scatter abroad, so that the world might become inhabited again. But these men wanted to keep together, and found one great empire, the centre of which should be the great city with the lofty tower. So they made bricks and burnt them, and took a kind of pitch for mortar, and began to build. Some learned men say they took three years in getting the materials, and were twenty-two years building the tower. It was very great and high, but it was never finished. The people did wickedly in building it, and God, who saw all they were doing, confounded their language, so that one could not understand another. Thus they left off building the tower, and that is why it is called Babel. Then God scattered them abroad to re-people the earth. 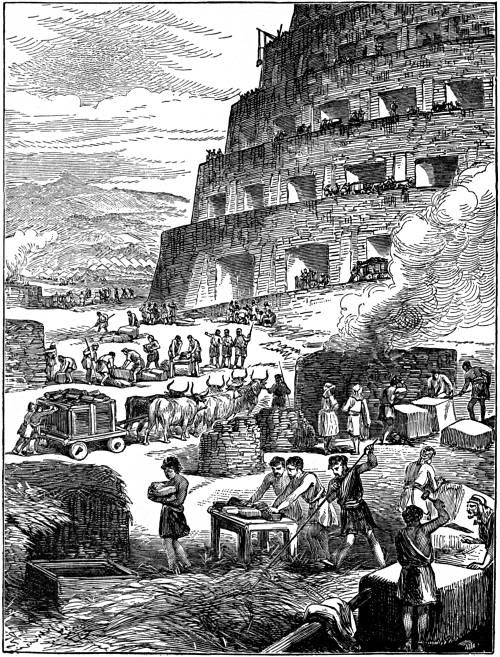 BUILDING THE TOWER OF BABEL.

Posted by Fritz Zimmerman at 9:11 AM